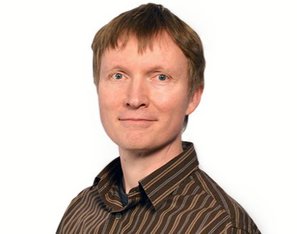 Peter came to Georgetown from Davidson College's Language Resource Center in 2001. Initially involved in supporting faculty in languages and linguistics with academic technology, from voice recording to foreign fonts, Peter initiated the Language Learning Technology Center's migration from analog to digital media and led the effort to transform the language classroom into a 21st-century resource for innovative teaching.

Peter coordinates Blackboard support between the different schools and campuses and, in cooperation with UIS and Lauinger Library, spearheaded the design of Georgetown's course media delivery platform. At the LLT Center, Peter works with Susan to make CNDLS' language classroom, language lab, and production studio useful to foreign language programs at the College and Graduate School.

Peter's background is in Romance philology, linguistics, and French literature, first at the universities of Brussels and Lille, then at Emory University. A bilingual Dutch-French speaker and long a tech-illiterate, he awakened to the potential of the web, on-line communication, and social software while teaching French and Spanish at the high school and university levels from Belgium to North Carolina.

Peter just completed his term as president of the Mid-Atlantic Association for Language Learning Technologies, whose 2010 conference was hosted by Georgetown. Current projects include the summer 2011 renovation of the language lab and teaching beginning French.

Aside from academic interests and occupations, Peter loves cycling, early and classical music, his two cats, and (brewing and tasting) unusual beers.